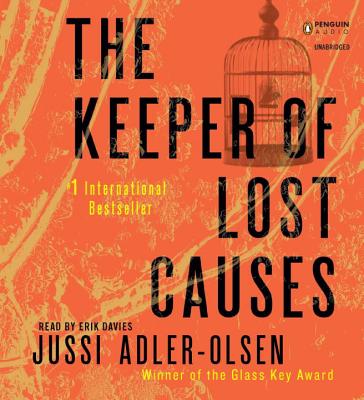 By Jussi Adler-Olsen
Email or call for price.
Hard to Find

The Keeper of Lost Causes, the first installment of the Department Q series, features the deeply flawed chief detective Carl Morck, who used to be a good homicide detective-one of Copenhagen's best. Then a bullet almost took his life. Two of his colleagues weren't so lucky, and Carl, who didn't draw his weapon, blames himself. But he still might find redemption...

Jussi Adler-Olsen is Denmark's #1 crime writer and a New York Times bestselling author. His books, including the Department Q series, routinely top the bestseller lists in Europe and have sold more than fifteen million copies around the world. His many prestigious Nordic crime-writing awards include the Glass Key Award, also won by Henning Mankell, Jo Nesbo, Stieg Larsson, and Peter Hoeg.
Like us on Facebook
Follow us on Twitter
Follow us on Instagram