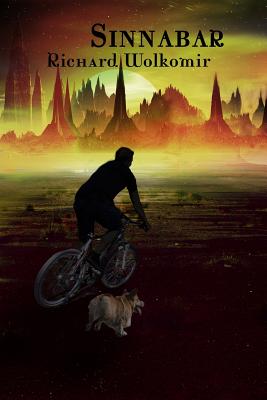 
On Our Shelves Now
This book cannot be returned
Sinnabar--it's a bad place. If you're enslaved here, you can only escape into city slums, ruled by killer gangs, or out onto the red deserts, where you'll starve, if the brigands don't get you. If you're youths from Earth, taken here, it's especially harsh, because you're alone, far from all you know. All you have is each other. Tom Fox, a New Jersey juvenile delinquent, is abducted to Sinnabar. Two others are taken with him-an angry Goth girl, from San Francisco, and an Ohio science prodigy. Sinnabar is a dying world, choking on its own magical red dust. Ice-eyed wizards rule here, backed by a killer army. City slum gangs steal and murder. Brigands crisscross the red deserts, riding lizards. Tom Fox and his two fellow abductees were taken for their talents. They're all foster-care youths, so nobody will miss them. They will be used as human batteries, drained until they die. They didn't come here alone-a small dog slipped along. In Sinnabar's magical air, he can speak. He desperately wants to help. But he's feckless, easily distracted. These three enslaved youths struggle to be free. But how do you fight magic, if you have no magic? How can you get home, if you have no home? HERE'S ONE READER'S REACTION TO SINNABAR- "I'm loving this author and can't wait to read another story-Five Stars." A SECOND READER'S EVALUATION- Outstanding performance
As a 38-year veteran writing\literature instructor, I could not help but rate this novel highly The parallel realms come to life as if I were in the theater Author has uncanny ability to write fantasy fiction that boarders so close to reality. I highly recommend this novel and all others by him. Shirley Harris, M.Ed. Wiggins, MS-FIVE STARS HERE ARE TWO READER COMMENTS FROM GOODREADS, THE INTERNATIONAL ON-LINE BOOK CLUB-
"I loved this action-packed fantasy novel by Richard Wolkomir. I think teens and adults would both enjoy this story and find Tobi the talking Corgi as entertaining as I did -Five Stars."
"A rollicking good read- John Carter of Mars meets Arabian Nights....Living in Wales I particularly enjoyed the Corgi Hope Richard writes further books featuring the exploits of Tom and his comrades-Four Stars."
Richard Wolkomir has worked as a laundry sheet folder, grounds keeper, roofer, zoo bear-cub keeper, reporter, and award-winning magazine writer. Now he writes fiction--fantasy, science fiction, mysteries, thrillers. He lives with his wife and partner, Joyce, in the New England hills.