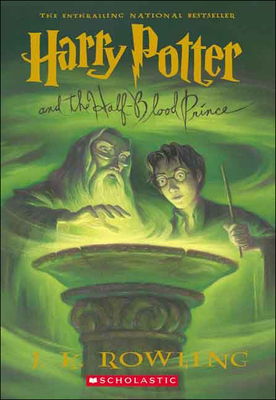 Book 6 in the Harry Potter seriesA New York Times BestsellerIn the fifth and most recent book, Harry Potter and the Order of the Phoenix, the last chapter, titled The Second War Begins, started: 'In a brief statement Friday night, Minister of Magic Cornelius Fudge confirmed that He-Who-Must-Not-Be-Named has returned to this country and is active once more. It is with great regret that I must confirm that the wizard styling himself Lord -- well, you know who I mean -- is alive among us again, said Fudge.'Harry Potter and the Half-Blood Prince takes up the story of Harry Potter's sixth year at Hogwarts School of Witchcraft and Wizardry at this point in the midst of the storm of this battle of good and evil. The author has already said that the Half-Blood Prince is neither Harry nor Voldemort. And most importantly, the opening chapter of Harry Potter and the Half-Blood Prince has been brewing in J. K. Rowling's mind for 13 years.No Canadian Rights for the Harry Potter SeriesHARRY POTTER and all related characters and elements are trademarks of and (c) Warner Bros. Entertainment Inc. Harry Potter publishing rights (c) J. K. Rowling. (s05)
Like us on Facebook
Follow us on Twitter
Follow us on Instagram