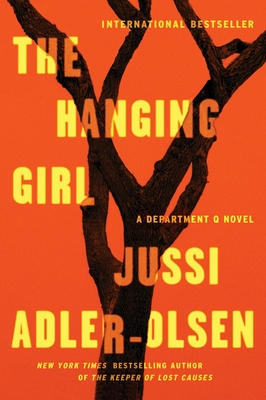 This is book number 6 in the A Department Q Novel series.

In the middle of his usual hard-won morning nap in the basement of police headquarters, Carl Mørck, head of Department Q, receives a call from a colleague working on the Danish island of Bornholm. Carl is dismissive when he realizes that a new case is being foisted on him, but a few hours later, he receives some shocking news that leaves his headstrong assistant Rose more furious than usual. Carl has no choice but to lead Department Q into the tragic cold case of a vivacious seventeen-year-old girl who vanished from school, only to be found dead hanging high up in a tree. The investigation will take them from the remote island of Bornholm to a strange sun-worshipping cult, where Carl, Assad, Rose, and newcomer Gordon attempt to stop a string of new murders and a skilled manipulator who refuses to let anything—or anyone—get in the way.

Jussi Adler-Olsen is Denmark’s #1 crime writer and a New York Times bestselling author. His books, including the Department Q series, routinely top the bestseller lists in Europe and have sold more than twenty million copies around the world. His many prestigious Nordic crime-writing awards include the Glass Key Award, also won by Henning Mankell, Jo Nesbø, Stieg Larsson, and Peter Høeg.

Praise for The Hanging Girl

“Adler-Olsen wields a one-two punch of psychological suspense, as his trademark parallel plot follows the remorseless killer’s manipulations while the humorous, sometimes touching rapport between Mørck and Assad threatens to steal the show. A must for procedural devotees and fans of Scandinavian mysteries.”—Booklist (starred review)

“All the requisite Adler-Olsen hallmarks are on display here: the easy camaraderie of the investigative team; great moments of humor; and Mørck’s crotchety disposition. It helps to read the series in order, but these books are so good that it’s no hardship to start at the beginning.”—Bookpage