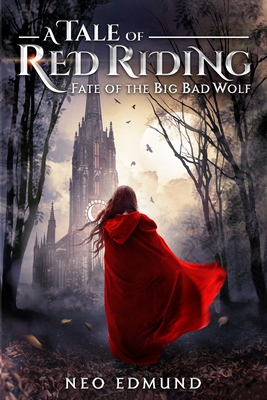 WEREWOLVES & WITCHES & MONSTERS OH MY Only one brave enough to risk everything will gain anything on the path ahead In this humorous sequel to 'Rise of the Alpha Huntress' Red Riding Hood must unravel the dastardly plans of a wise cracking pair of lunar loonies, all the while struggling to overcome her fear of her werewolf powers. With time racing against her, Red will have no choice but to join forces with her most obnoxious nemesis if she hopes to save Wayward Woods from spinning into mindless lunacy.

﻿BOOK 1 RECAP: Red Riding Hood flees from the orphanage where she lived most of her young life and returns to her hometown in Wayward Woods looking for her grandmother. Red soon discovers that not only is her granny a powerful witch, but she herself has been gifted with the ability to transform into a magical werewolf, with tail-kicking super powers. Now, Red must rise to become the legendary Alpha Huntress. With bad-boy heartthrob Wolfgang Helheim by her side, she will lead a squad of young warriors with amazing powers of their own on a whimsical quest to protect Wayward Woods from werewolves, witches, and a plethora of monsters and mystical baddies.