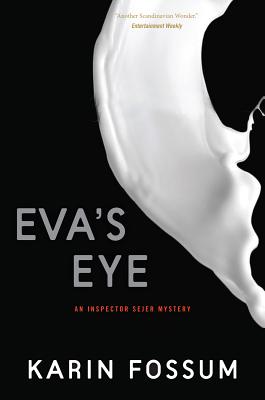 By Karin Fossum
Email or call for price.
Out of Print

This is book number 9 in the Inspector Sejer Mysteries series.

The original Inspector Sejer mystery available for the first time in English.

Eva Magnus is a struggling artist and the divorced mother of a seven-year-old child, Emma. One afternoon she and Emma are walking by the river when an unknown man's body floats to the surface of the icy water. She tells her daughter to wait patiently while she calls the police, but when she reaches the phone box Eva dials another number altogether.

When the police discover the body, it doesn't take long for Inspector Sejer and his team to determine that the man, Egil, died in a violent attack. But Egil has been missing for months and the trail to his killer has gone cold. It's as puzzling as another unsolved case on Sejer's desk: the murder of a prostitute who was found dead just three days before Egil went missing.

Sejer sets to work piecing together the fragments of these two impossible cases; soon enough he realizes that they might not be as separate as they had seemed. Gripping and thought-provoking, Eva's Eye is Karin Fossum's first novel featuring the iconic Inspector Sejer.